More...
Kobzarenko.com.ua » History of the Factory

History of the Factory 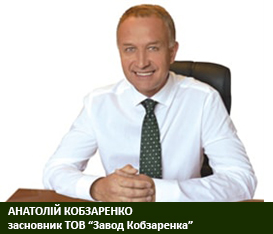 History of the Factory
The TOV Zavod Kobzarenko was founded in 1993, as a cooperative project of the Ukrainian-German Society annex. Originally, the factory produced wheelbarrows, carts, and wagons for family-owned farmsteads and small agricultural enterprises. In 2008, the factory was renamed to simply Zavod Kobzarenko (The Kobzarenko Factory, named after its founder and CEO, Anatoliy Kobzarenko).

Workers
As of January 1, 2018, the plant employs more than 700 workers and engineers, including more than 100 new positions as we expanded production.
Products
Today, " Zavod Kobzarenko" is the #1 manufacturer of trailers in Ukraine. Our plant produces:
• 20 types of Trailers, Carts, and Wagons
• 5 types of Chaser Bins
• 10 types of tanks for water, livestock and plant protection products
• 20 types of Augers
• Trailers for Moving and Transporting Round Bales
• Grain Packing Equipment
• Dump Trailers and Buckets
• Wood Chip Furnaces and Straw Heaters
• Spreaders for Minerals, Fertilizers and Other Materials

Factory Capacity Improvements in 2017
In an effort to meet increasing demand for our products, as well as to innovate for the future, our factory continues to focus on implementing new technology to develop manufacturing capacity. In 2017, we added several industrial machines, work stations, and equipment to improve the production quality of our agricultural equipment.
- Shot-blasting chamber for polishing stainless steel with ceramic and silica shot. This is the only such chamber of its kind on in the former Soviet Union.
- CNC lathe machines
- rollers for producing metal tank trailers for water, liquid fertilizers, and other chemicals
- equipment for welding stainless steel
- a metal cutting station, able to cut metal up to six meters in width
In addition to this, we added a 10-tonne gantry crane, six more forklifts, and 12 more transport vehicles to our fleet.
The Result of Our Hard Work has a Significant Economic Impact on Our Community
Thanks to these modernization improvements in 2017, our plant generated revenue worth approximately $30.5 million (800 million hryvnia). The Kobzarenko Factory generated more than $4 million in tax revenue and confirmed that the "Kobzarenko Plant" is the region's largest taxpayer, the largest private sector employer, and a significant driver of the local economy.

Production Activity
In 2018, the plant began to launch new production lines featuring the shot-blast technology and intends to purchase a 25-ton crane with a 28-meter/90 ft. high boom (the largest within a 100 km/60 mile radius).
Work at the factory does not stop, even in the bitter cold of January. The production lines have plans to be up and running for two shifts per day, and we are exploring adding a third shift as well.
Construction of a new workshop at the plant is already underway and in the near future we plan to place additional production facilities in the city of Romny, which will add at least 100 new jobs.
At the end of 2017, the Kobzarenko Factory together with KMZ Industries, built and commissioned the first automated grain drying complex for alternative fuels for small farms. It takes just one day to dry out 200 tons of corn, reducing its moisture content from 25% to 14%. The fuel cost for drying using wood chips as a fuel source was just $0.23 per ton of corn (6.14 hryvnias). This is in comparison to the other types of available fuel:
natural gas - $ 0.54 (14 hryvnias) per ton of corn
diesel - $1.49 (39 hryvnias) per ton of corn

New Products in 2017.
- Grain carts BPN-9 and BPN-50
- Dump trailer 2TSP-21
- Two units in one, "tractor trailer 2TSP-8 plus water tanker VNC-4"
- Mobile loader-unloader of rail cars RWM-180 (we are proud that this was recognized as an innovative development in the world of agriculture and included in Innovation Magazine 2017, a catalog of innovative exhibits at the International Conference Agritechnica-2017 in Hanover, Germany)
- Reloader for Sugar Beets
- Timber trailer PL-2, featuring a hydraulic loading crane from Palms;
- A trailer for transporting harvesters with a carrying capacity of 4.5 tons.
We also produced several types of news trailers, spreaders, and other equipment.

We Innovate New Developments
The design department of the plant employs 18 people who visit specialized European exhibitions, analyze the technology of competitors, and based on the needs of the market, introduce the latest developments in production. So, in May 2017, having visited an exhibition in Leipzig, we discovered that a large combine harvesting company needed special trailers to transport harvester trucks. In less than one month, we designed, tested, and produced the cart, which is now in extraordinary demand.
Throughout 2018, we plan to implement a number of unique projects, of which there are no analogues in Ukraine today.
The first of these new projects are a mineral fertilizer spreader with a chevron cleated rubber conveyor belt, which will have a spreading width of up to 36 meters/118 feet!
The second new project is a grain reloader for rail cars and sea barges.
For the construction sector, we are working on the launch of a machine for unloading cement from rail cars.
For enterprises in the sphere of public utilities and rural communities we are developing a semi-trailer capable of pumping up to 36 cubic meters of wastewater from septic tanks, ponds, and cesspools.
We have identified the market need for a trailer capable of hauling rectangular bales. It is a very popular trend today, so we will design it.

We Actively Promote Our Products All Over the World
From January through November, our factory participated in more than 25 exhibitions and conferences, most of which were abroad. We started in January and finished in mid-November with the world's largest agricultural machinery exhibition in Hanover, Agritechnica-2017, in which the Kobzarenko Factory was represented by the largest presentation stand among the 17 Ukrainian companies participating at the exhibition. At Agritechnica-2017, the factory's exhibit was visited by dealers from more than 40 countries throughout the world. Half of them ordered equipment from the exhibition, the other half actively conducted a dialogue on terms of delivery, certification, etc.
During the year we presented our equipment in at exhibitions in France, Germany, Hungary, the Czech Republic, Romania, Bulgaria, Kazakhstan, and in Ukraine. We participated in several field days, such as National Farm Day. We even took part in two international congresses: the International Congress for Sugar Beet Producers and Processors; and the Eleventh International Dairy Congress, held in Kyiv. Everywhere we had something to show and from everywhere we brought new orders, new ideas, new contracts.
The fact that the plant was visited by delegations from Australia, Serbia, Estonia, Sweden, Norway, Germany, Slovenia, Romania and others countries that first came to know about our plant at exhibitions is a testament to the effectiveness of our exhibitions.

We Have Our Own Fleet of Vehicles
Having our own transport fleet in Ukraine - more than 30 different transport vehicles, the plant provides fast delivery of products to the customer and timely delivery of components from Ukraine and Europe.
Five vehicles from our Polish branch can safely deliver the equipment to any country in Europe without additional permissions required for the transport from our main office in Ukraine. In the same way, we are able to supply components to Ukraine for the production of agricultural machinery. By the way, the truck fleet from the Polish enterprises will be replenished by two new Mercedes Euro 6 trucks.
We are able to achieve such reliable transportation due to a number of criteria:
- our fleet of vehicles is modern and well-maintained
- we utilize high-quality mounting technology
- our drivers perform with high standards of professionalism

Our Service Department and Spare Parts
The Kobzarenko Factory offers its customers not only the supply of quality equipment from well-known world manufacturers on the most favorable terms, but also provides service and repair.
Customers can receive high-quality professional warranty service and post-warranty service, including operational diagnostics of malfunctions and their elimination.
Components and spare parts are always available in stock, which facilitates the machinery repair at the highest level and in the shortest possible time. 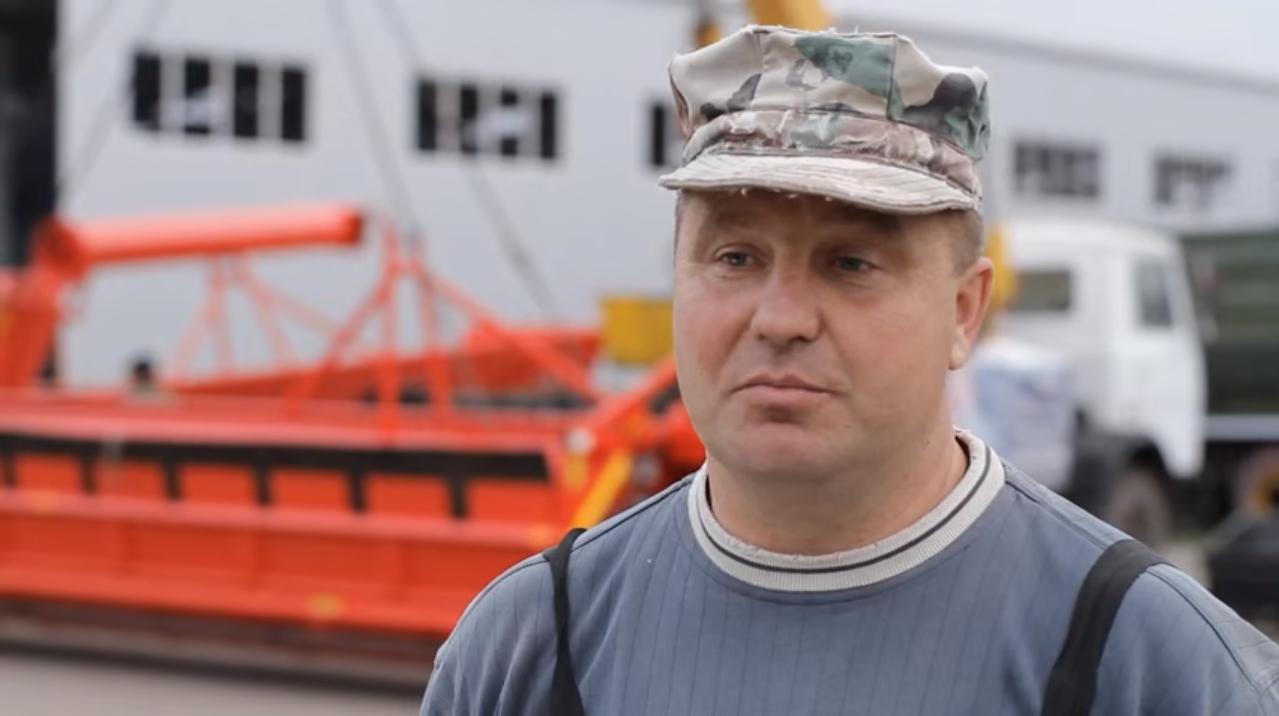 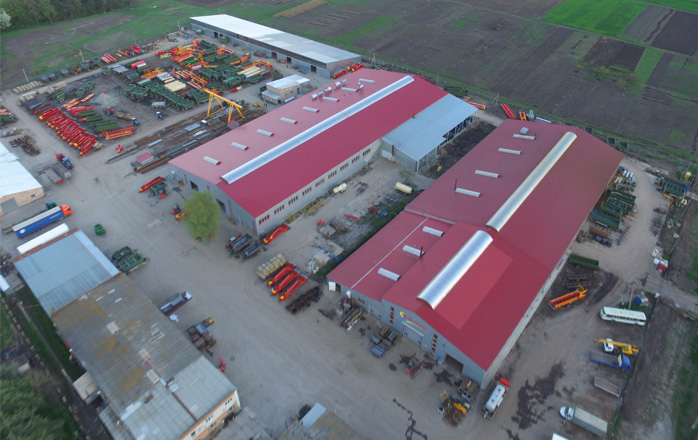 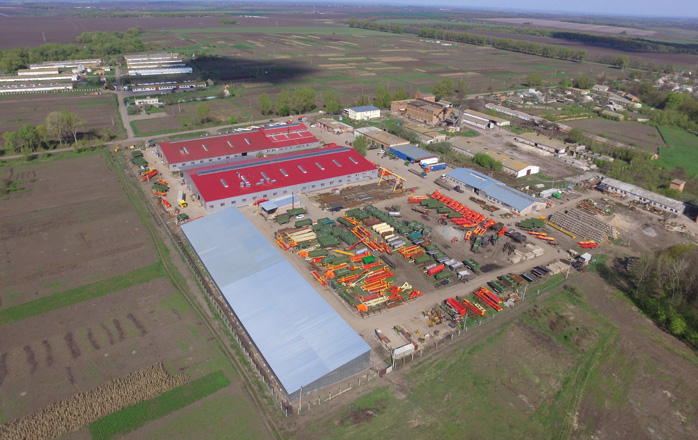 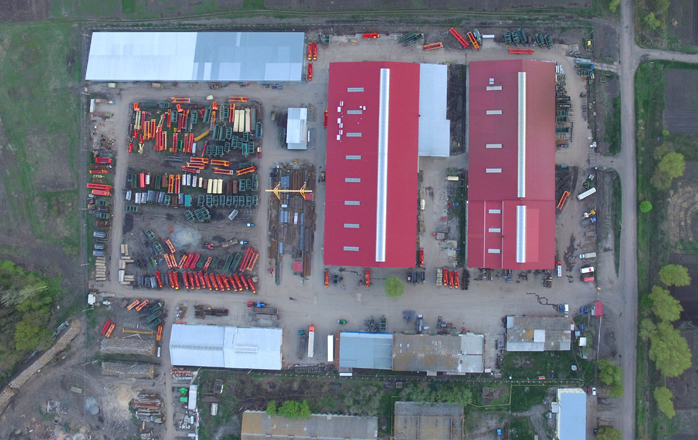 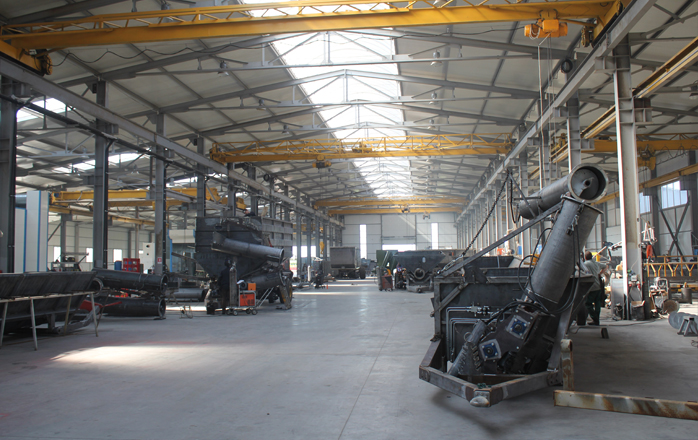 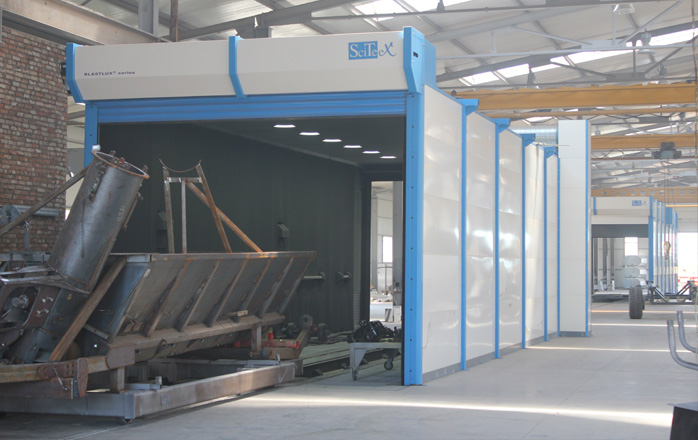 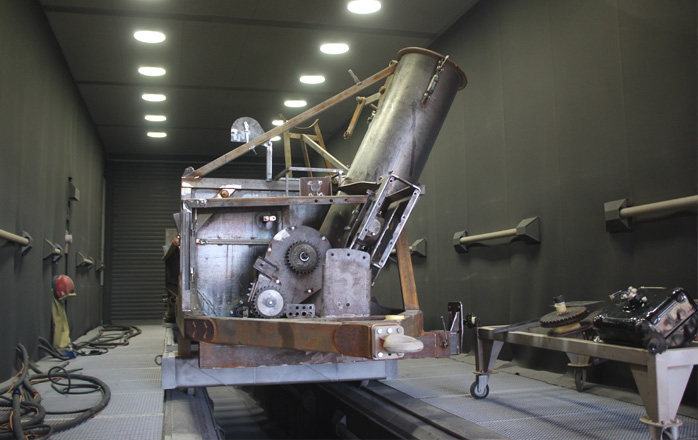 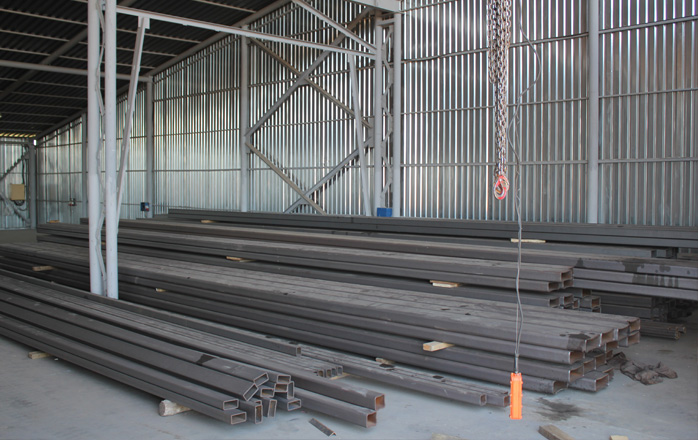 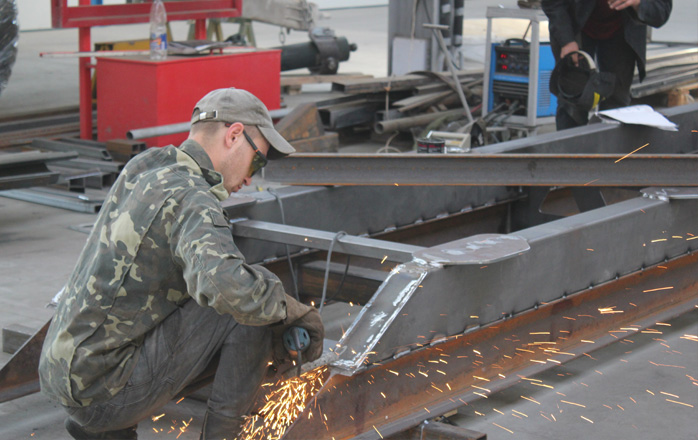 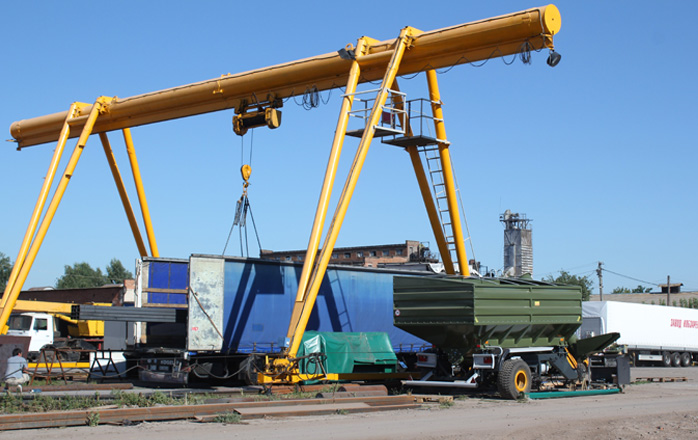 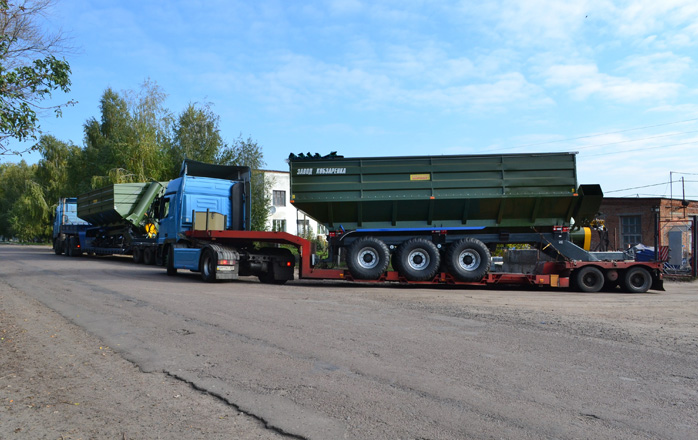 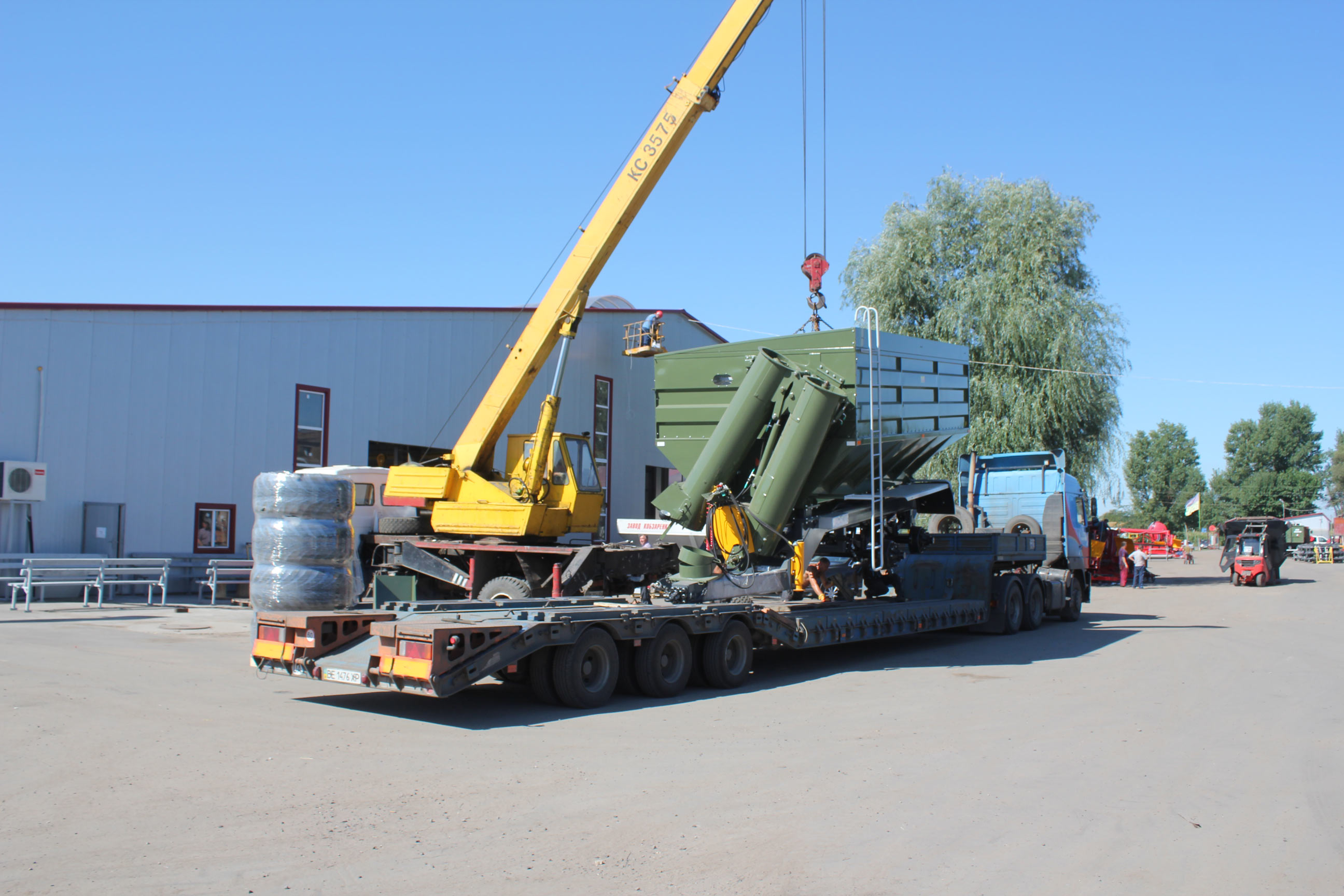